Most people are familiar with tadpoles, the juvenile stage of frogs. These cute critters are often mistaken for fish at first glance, because of the way they swim. Most species of tadpole are difficult to differentiate – although, the bullfrog tadpole can be identified from its sheer size.

In this tadpole stage, the frog has not yet developed lungs and still breathes with its gills, so if you catch one, don’t keep it out of the water for too long! 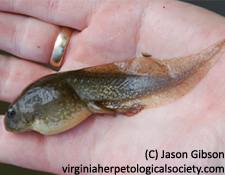 The easiest way to find a frog is to follow its song. Many species can be identified by their call alone. NJ DEP’s Online Field Guide for reptiles and amphibians includes clips of frog calls that can be heard in New Jersey. 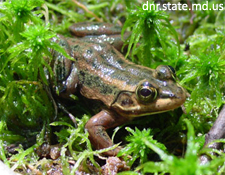 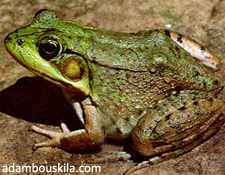 Toads generally have wartier skin than frogs, and are commonly brown. 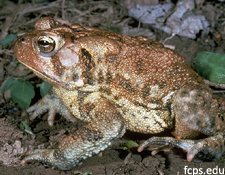 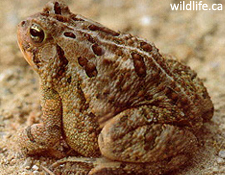